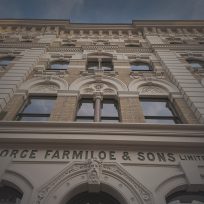 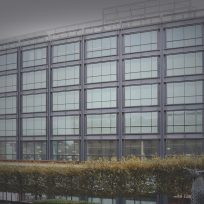 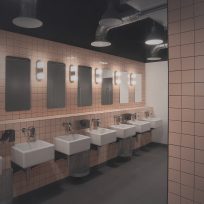 Nestled between Farringdon Station and Barbican Underground, the Grade II listed building is undergoing approximately two years of renovation and construction work to create a highly innovative mixed-use commercial space. The project has been designed to seamlessly blend 19th century Victorian heritage with striking 21st century modern architecture. An adjoining new-build development will also be constructed, following a series of demolition works to remove a number of 1930s and 1950s extensions from the site. These will be replaced with an impressive contemporary design, with concrete finishes throughout and an interconnecting atria linking to the existing building.

As well as providing speculative office space, the new development will include active ground floor retail units, creating a new vibrant and attractive hub in one of the area’s most significant buildings. The Farmiloe Building has made numerous film and television appearances, most notably as Gotham City Police Station in Christopher Nolan’s The Dark Knight Trilogy. The building also featured in Guy Ritchie’s 2009 film, Sherlock Holmes.